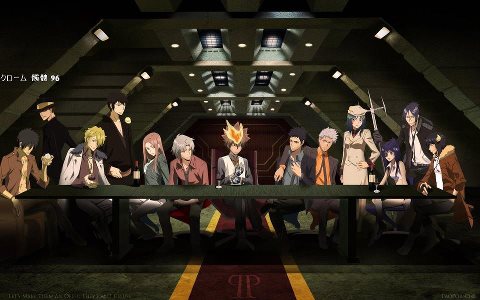 Sorry, I wasn't able to update the blog for a very long time. Due to the fact that real life has been trying to pull me back in, I wasn't able to pay much attention to the blog. But I've got great news, I'm going to have a baby! Yehey! And a daughter at that! Yes, so it's been really difficult for me to get back to blogging recently.

I'm going to have an official domain soon where I can migrate my content here to there. It will be up in a few days so wait for it. It will have organized downloads and a bunch of other exciting stuff - and more downloads.

Another thing is I updated the links to the downloads currently available. I kinda shortened the URL so if you see an ad, please do not exit the page, wait for 5 seconds and you will see a 'Skip Ad' button - click it - and you will be redirected to the download page. If your adblocker does block the site, well, temporarily turn it off. The reason why I did this was that I need some kind of extra income, since my waifu's giving birth and I do need a bit of money to feed my family, I hope ya'll understand why there are annoying ads.

If unclear refer to the HOW-To section of the site on how to get passed the ad.

Email ThisBlogThis!Share to TwitterShare to FacebookShare to Pinterest
Labels: Meta

Okay, so I decided to update my blog as it is slowly becoming a download site for Doujin Games. It was never my intention to turn it into one but I guess that's the direction on which this blog is going, so expect lots of doujin music, doujin games, otaku-related softwares to be uploaded in here.

Now, I am considering of turning this blog into a legit website, but due to financial problems I'm kinda having a hard time getting myself a domain, but it will surely come.

Here are some of the few stuff I want to add to the site:
Basically that's it for now but I will still think of some ideas that might interest you. Drop a comment if you have suggestions.

Email ThisBlogThis!Share to TwitterShare to FacebookShare to Pinterest
Labels: Meta 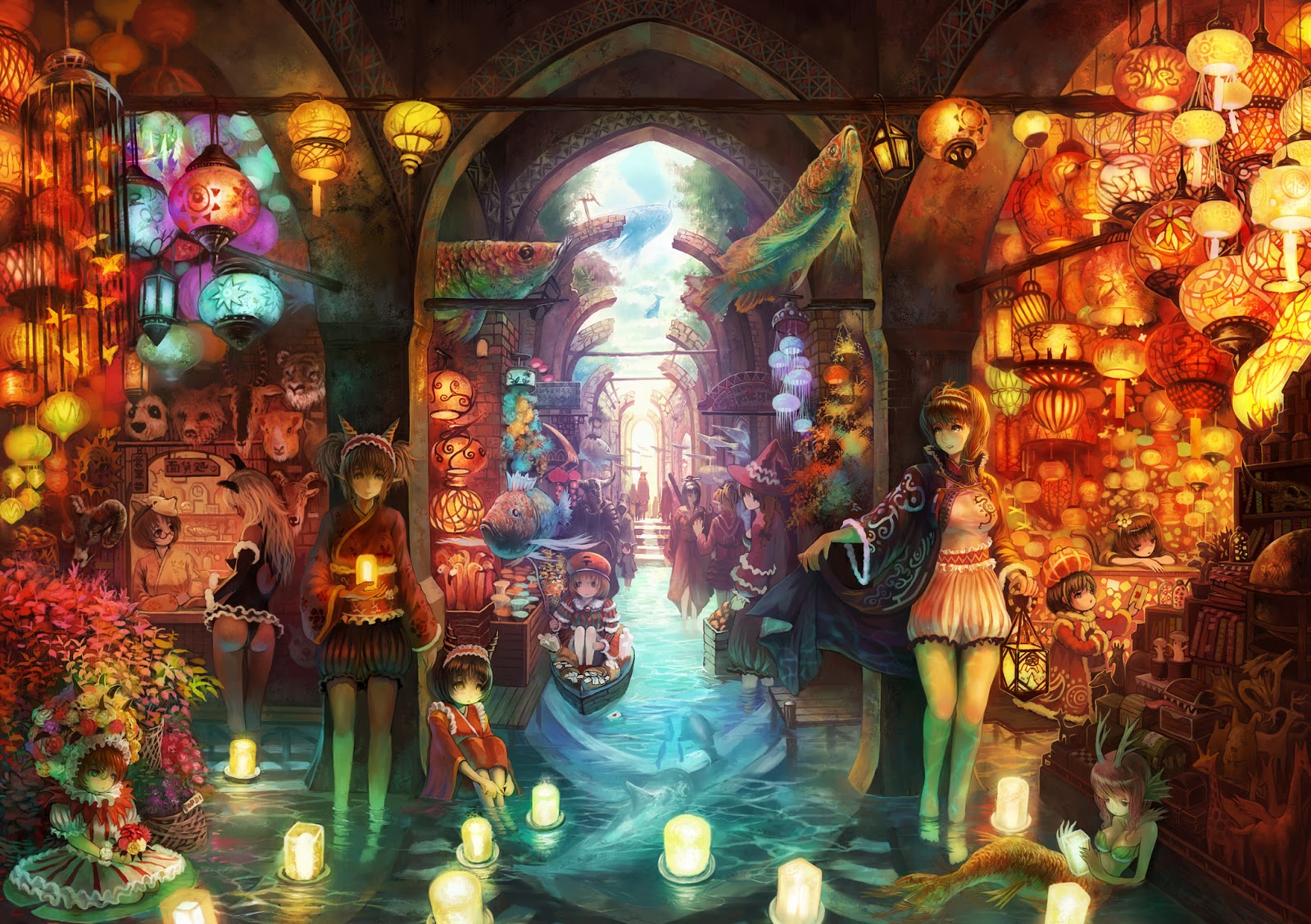 Email ThisBlogThis!Share to TwitterShare to FacebookShare to Pinterest
Labels: pixiv 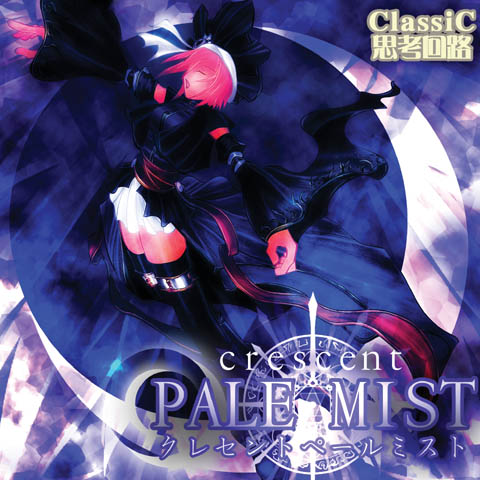 Crescent Pale Mist is a 2.5D hack-and-slash, platforming game by the doujin circle ClassiC Shikoukairu that's noted for its fierce hack-and-slash gameplay, high-quality visuals, and for being really hard.

It's story takes place in the country of Gasyukal, a country of where people seek knowledge of magic, but are foolish enough to stumble upon a forbidden form of magic considered widely taboo. The country's first use of this form of magic was used by ancient sages that ended up destroying an old and distant country, resulting in knowledge of its existence and destructive powers. Later a war broke out, the country of Gasyukal was at a disadvantage, and they were running out of ideas to hold off the enemy forces. Out of desperation, this is where the second time the forbidden magic was used to even the odds... until they couldn't control it and it backfires on them. This resulted in the country of Gasyukal to be pulled from a rift into an Another Dimension, thus turning the countryside into a forbidden no-man's land known as the "Taboo State". Those that try to investigate the Taboo State later ended up dead, without poisoning or trauma, as well as the doctors who examined the corpses and met with the same fate.

Yunou, our heroine of this story, is a magician who is capable of using a deadly and forbidden form of magic known as Pale Mist — the very same Pale Mist that's seeping from Gasyukal — believes there's something more that's causing these deaths. She sets out to seek the source of the Pale Mist and put an end to it, although it's a quest that's easier said than done considering the many dangerous monsters and her former comrades she will confront along the way.

Unlike most doujin action-platformers, the player is not limited to a single 2D plane as Yunou can jump from one plane to another and traverse to other areas (although there are times where you can't go back at all). Yunou can take down foes with her "blade" for close-ranged attacks, cast powerful Pale Mist magic like Rowanveld, and carrying a bottomless supply of throwing daggers for good measure. Along the way, Yunou can find items and artifacts scattered throughout Gasyukal to enhance her abilities, provide hints towards her treasure-hunting, and unlock extra difficulties and other features. To make it through the Taboo State, Yunou will have to utilize every trick she's got under her Detached Sleeves.

The game was first released in Japan for Windows PC on March 30th, 2006. Rockin' Android later obtained publishing rights to localize the game in English and it was released as a downloadable game for PlayStation 3 via PlayStation Network on November 9th, 2010 with psuedo-High Definition visuals, redrawn character art, online leaderboards, PlayStation Network Trophies, and a few gameplay tweeks. As of late, there has been no announcements from Rockin' Android themselves to port the game onto other platforms, although during an interview with Neocrisis

, the game's developer Shikou has stated that he wishes to see the game released through Xbox LIVE. 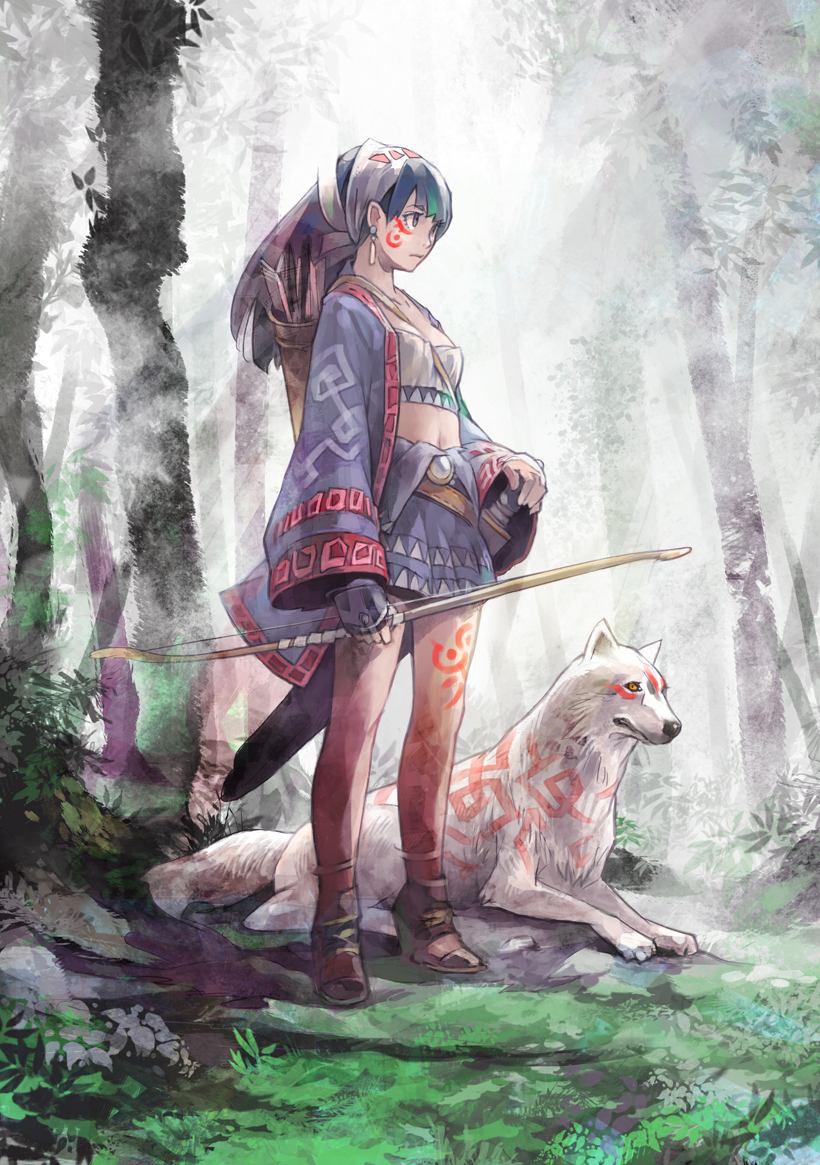 Email ThisBlogThis!Share to TwitterShare to FacebookShare to Pinterest
Labels: pixiv

Recettear is a game about an item store, the girl who lives in it, and the fairy whose job it is to make sure that the girl doesn't burn down the item store by accident.

Playing the game involves gathering items - either by playing the markets in the city of Pensee, or grabbing an adventurer and delving into the dungeons that dot the countryside - and selling them to the customers who come through your doors. Tear, the fairy, is here to collect on a loan your father took out - and she'll have to take the store, which doubles as your house, if you can't pay up!

The game is split into two main parts, then: selling items, and exploring dungeons. There isn't really much of anything quite like this combination in any other game, and the number of items you can find is massive.

Selling items and dungeon diving isn't all there is to do, however. There's quite a cast of characters to meet in Recettear, some friendly, some less so. Their fates tie into your own, though, and helping them out could lead you to riches beyond your wildest dreams!

So what're you waiting for, Recette Lemongrass? You've got a debt to pay, and only so much time to do it in.

Recettear is a great dungeon crawler with a mixed element of RPG-style shopkeeping. It engages you into a fun world where you collect loot from dungeon monsters for you to sell in your shop to earn money to pay your debt. If you guys have much time to play around whether you're bored or not, here's a game for you to play. It is simply amazing.

UPDATED LINK | How to extract Split-files. 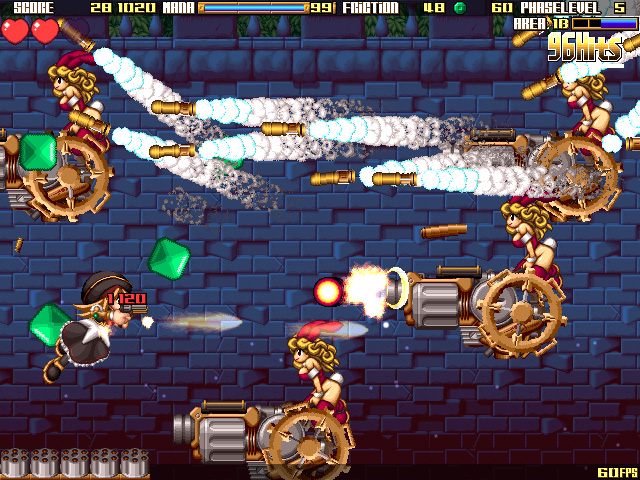 Gundemonium Recollection is a really fun shoot'em up that I'd recommend anyone to play. It has an engaging yet simple gameplay. Download is available for all.


The first game in the Gundemonium trilogy, and tells a story of alchemy gone wrong in an alternate 18th century. Its galvanized and finely tuned side-scrolling bullet-hell shoot-'em-up gameplay sets it well above most other games in the genre. The game is deceptively simple from the outset, but has very well-thought-out gameplay mechanics. There are multiple playable characters, expertly crafted enemies and bullet patterns, a variable-difficulty "Phase Level" system, a risk-and-reward bullet "Friction" system, a "Demonic Shift" ability that's not for the faint of heart, and much more.